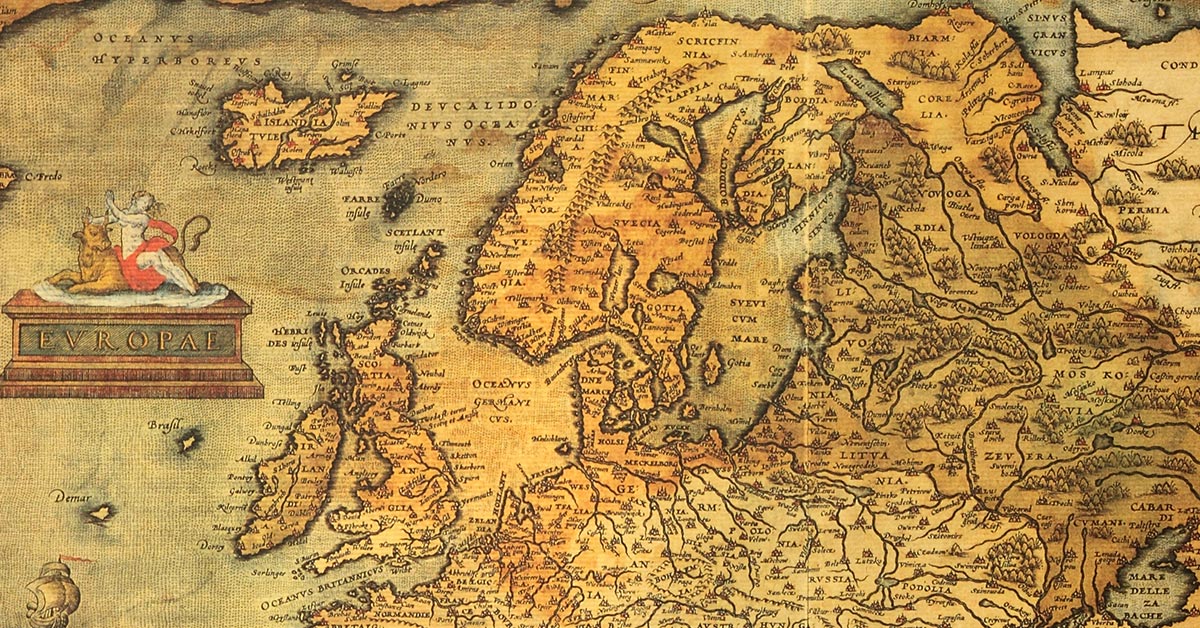 Through modern movies, hit TV Shows, and other forms of entertainment, the Vikings have earned themselves a powerful reputation in today's society.

But how much do you know about their true history?

As you can imagine movies and TV shows are full of fictional stories with stretched truths. This has contributed to many misconceptions about the Vikings and their culture.

So, in order to set the record straight, we will delve deep into the history of the Vikings to learn about their origins, culture, and way of life.

We will also discuss their significant accomplishments to gain a better understanding of who the Vikings were and their ongoing legacy.

Who Were The Vikings?

The first question we need to answer is who were the Vikings?

The term ‘Viking’ does not refer to a single ethnic group, but rather it was used to describe people from Scandinavia, who went on raiding and trading expeditions to seek wealth.

The Vikings originated from modern-day Norway, Sweden, and Denmark and they spoke the Old Norse language. In fact, the word ‘Viking’ actually comes from the Old Norse word ‘vikingar’ which means ‘pirates’ or ‘raiders’.

Essentially the Vikings are best known for their raids and conquests throughout Europe, which at times were so destructive that they left entire regions in disarray. These invasions also led to them being known for their courage and bravery in battle, as well as their fierce independence.

In addition to raiding and conquering, the Vikings also developed a rich culture and artistic tradition. They were also talented farmers, navigators, sailors, and blacksmiths.

The Viking age is the period of time when the Vikings were performing their invasions as part of their traveling expeditions.

This period lasted about 250 years during the Middle Ages. This era between the 8th to 11th centuries was when the Vikings were actively raiding and conquering parts of Europe.

The Viking Age is generally considered to be from 793-1066. During this time, the Vikings were a major force in Europe and their influence was felt from the British Isles to the Byzantine Empire.

When Did The Viking Age Begin?

The Viking Age is generally considered to have begun in 793 when Vikings raided the Lindisfarne monastery in England. This event marked the start of about two centuries of Viking expansion throughout Europe.

At first, these raids were relatively small and isolated. However, as time went on, they became larger and more organized. By the late 9th century, the Vikings had established permanent settlements in Europe, which they used as bases for their raids.

During their time, the Vikings raided and settled in many different parts of Europe, including Ireland, Scotland, Wales, France, Russia, and even Constantinople.

This Medieval Era was the time period between the fall of the Western Roman Empire and the beginning of the Italian Renaissance period.

Below we will look at the timeline of events during the Viking Age:

The Vikings were hardy people. They had to be, given the cold winters and rugged terrain of Scandinavia.

Life was often difficult, and death was commonplace. However, the Vikings also had a rich culture and tradition. They were skilled craftsmen and artists, and their tales of adventure and exploration have inspired many people over the centuries.

The Viking way of life revolved around their ships. These were their homes, their workplaces, and their means of transportation. These seafarers spent most of their time on the sea, sailing to different parts of Europe in search of new lands to settle.

When they weren’t sailing, the Vikings were busy farming, hunting, and gathering food. They also had to build their own houses and furniture. In fact, most Vikings were skilled in many different crafts.

The Vikings had a rich culture and tradition. They were skilled craftsmen and artists, making jewelry, weapons, and other hand-crafted ornaments. Their tales of adventure and exploration have inspired many people over the centuries.

The Vikings also believed in many gods and goddesses as part of Norse Mythology, and they had their own unique ways of worshipping them. They also believed in fate, and that everything that happened in their lives was determined by the gods.

The Vikings loved stories and myths. They would often tell stories around the campfire after a long day of sailing or farming. Many of these stories were about gods and heroes, and they were passed down from generation to generation.

One of the most famous Viking myths is the story of Ragnarok. This was an apocalyptic event that would see the world destroyed by fire and ice. After this, it would be reborn anew.

Another popular Viking myth is the story of Valhalla. This was a paradise where warriors who had died in battle would go. In Valhalla, they would feast and fight all day and night, and they would never grow old or die.

Misconceptions About The Vikings

There are many misconceptions about the Vikings. One of the most common is that they were all barbarians. This is not true. While the Vikings did engage in battle and raid other lands, they also had a rich culture and tradition.

Another misconception about the Vikings is that they wore horned helmets. Unfortunately, there is no hard evidence to suggest this is true. They did however wear skull cap helmets to protect them in battle.

Why Did The Viking Age End?

The Viking Age ended with the Battle of Stamford Bridge in 1066. This is when the last major Viking army was defeated by the Anglo-Saxons in England. After this, the Vikings stopped trying to invade. Instead, they returned to farming and peaceful trading.

Also, at this time, many Scandinavians started to explore new lands in North America, which offered them more opportunities for wealth and land.

Who Were The Most Famous Vikings?

The most famous Viking is probably Ragnar Lothbrok. He was a 9th-century Danish king and warrior who became known for his daring raids on England. He was also the subject of many sagas and legends.

Two other famous Vikings are Erik the Red and Leif Erikson.

Erik the Red was a 9th-century Danish king and warrior who became known for his daring raids on England. He was also the subject of many sagas and legends. He was also the father of Leif Erikson, believed to be the first European to have set foot on North American soil.

The Legacy of The Viking Era

The Viking era is an incredibly important moment in Norwegian and Scandinavian history that caused a significant change. Prior to this, the region was largely undeveloped and its people were largely uneducated.

However, during the Viking era, Scandinavia underwent a transformation as it became one of the most developed regions in Europe. This was mainly due to the activities of the Vikings, who were responsible for introducing many new technologies and ideas to the region.

The Vikings were also responsible for bringing about a great deal of political change in Europe.

Before their arrival, much of Europe was divided into small kingdoms constantly at war with each other. However, the Vikings quickly changed all of that by uniting much of Europe under their own rule. This created a period of peace and prosperity that was unprecedented in European history.

« Who is The Strongest God in Norse Mythology

The Origins of Norse Mythology » 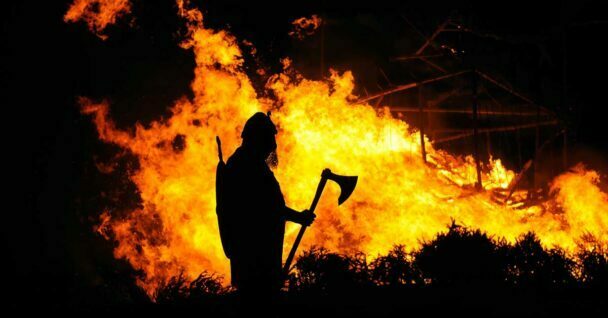 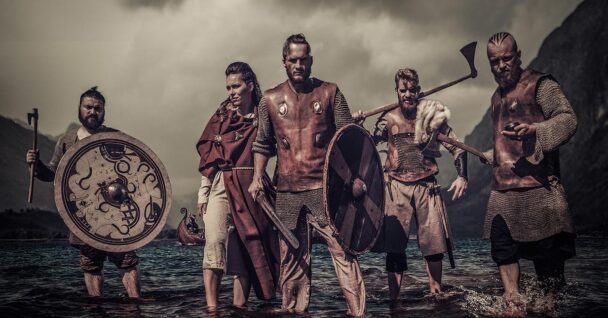 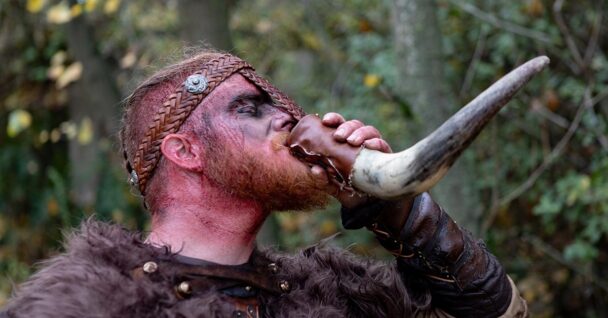